Summer is well and truly over, it is raining cats and dogs out there, and the last sunny days are only a faint memory… But one that I am reminded of whenever I look into the mirror. Why? Because each summer accentuates the hyperpigmentation I have on my face thanks to acne, age and two pregnancies.

Hyperpigmentation is a term that is used to describe a patch of skin that appears darker in color compared to surrounding areas. It is a disorder in pigmentation that can occur both congenital and aqcuired over time and happens when special cells in the skin make too much of the pigment called melanin.

Certain medicines, including some anticancer drugs, can also cause hyperpigmentation.

With “hyperpigmentation” being a descriptive term, we need a little more information to be precise. One way to differentiate them is by seeing when they appear, dividing them in congential and acquired forms.

The genetic form or congenital hyperpigmentation can result from migration abnormalities of melanocytes from the neural crest to the skin during embryogenesis. It ranges from freckles and larger spots called „café au lait“ spots in Germany, but can also serve as marker for systemic disease in children, for example von Recklingshausen disease.

The pigmentation that presents itself later in life, the acquired hyperpigmentation, is usually localized. It is mainly due to lifestyle factors, inflammation or hormones. Opposed to that an acquired general hyperpigmentation is often the manifestation of an underlying disease like Morbus Addison.

(More infor: Keratosis pilaris or Chicken Skin as cause of hyperpigmentation)

No, unless it is a symptom for an underlying disease.

While hyperpigmentation is usually considered to not be cosmetically desirable, it is not dangerous, which is why treatment is often not covered by medical insurance.

But while the hyperpigmentation itself may not be dangerous, some of the treatment options can be. Not the ones you can buy from reputable brands, manufactured according to the regulations, but especially bleaching creams distributed over the internet have been repeatedly found to be contaminated with things like mercury.

I will go into different treatment options later, but for now: If in doubt, talk to a professional and do not buy from third-party sellers or dubious sources on the internet!

It of course goes without saying that all skin lesions that change their appearance or start to bleed should be presented to a doctor.

When we talk about acquired hyperpigmentation in adults, we are usually talking about three different forms:

They are usually flat, can vary in size and are distributed unevenly. You will find them most often on parts of the skin that are exposed to the sun, such as face, decollete, forearems and hands. And that sentence already gives away their main cause, which is acute and chronic sun exposure. The name age spots stems from the fact that they usually appear later in life, when the damage done by the sun has accumulated and the signs show on the skin, but while in my parents generation these spots usually occured at age 50+, you can find them today in people much younger than that, probably due to the fact that with tanning beds and affordable holidays abroad we get exposed to sun much earlier in life.

Which is not to be confused with Postinflammatory Erythema (PIE), a red mark left from a spot. I will do a separate post on PIH vs PIE in a bit, as they do require different treatments, but for now: Postinflammatory Hyperpigmentation is brown and occurs on a patch of skin that was affected by inflammation. The most common cause is acne, but it can also happen after other forms of injury or eczema or, and that makes some treatments tricky, as side effect of medical intervention like laser of deep chemical peels. It occurs more often in darker skin types.

Also called: „mask of pregnancy“. Melamsa is a form of hyperpigmentation that is symmetrical and usually affects larger patches of skin. It is caused by hormonal changes, which not only happen in pregnancy, but may also be due to hormonal contraception or other reasons. The main areas of appearance are on the face, on the neck or on the stomach, I have two patches on each side of my forehead for example that made their appearance in my first pregnancy and that make me look as if I am wearing a patchy contouring.

How does hyperpigmentation happen?

If we want to understand how hyperpigmentation happens, we have to look at the process of melanin synthesis and distribution first.

Melanin is a pigment molecule that is produced in so called melanocytes, cells that are found in the skin, the eyes and the hair. There are different forms of melanin, out of which the Eumelanin, that comes in black and brown, plays the biggest role in skin pigmentation. A second form, Pheomelanin, plays a more important role in hair.

Melanins main goal is to protect from UV damage, which is why it is produced when there is an external „danger“ signal like UV rays, inflammation, free radicals or injury.

Skin injury through inflammation, UV rays or similar leads to a migration of melanocytes in the area of the injury, so you end up with a spot where more melanin is produced compared to the surrounding skin. Whenever they are now stimulated, these melanocytes produce melanin and darken that area – the explanation why you can´t really get rid of hyperpigmentation.

It is a chronic condition that can only be temporarily faded.

I will do a dedicated blog post on different treatment options next, as this one is already pretty long, but here is a short overview of things you can do.

The first option is to prevent the activation of melanocytes by prevention of „danger signals“, which means, you might have guessed it, wearing a broadspectrum sunscreen (Do you have questions regarding sunscreen? Then click here). Prevention is key and UV exposure the main trigger for pigmentation disorders. Other preventative measures are treating acne and eczema and to stop picking at your skin.

Another form of prevention is the use of antioxidants (I talk at length about Vitamin C here), as they both prevent melanocyte activation due to catching off free radicals and also stop the oxidation of preexisting melanin, which would make it appear darker.

If their effect is strong against hyperpigmentation though?  I am not sure, as there are so many oxidative processes in our skin that topical antioxidants probably don´t last too long.

The next option is to inhibit the enzyme Tyrosinase, that the activated melanocytes produce and which in the end churns out Melanin. You might have heard me mention „Tyrosinase-Inhibitors“ in different reviews – these are the ones you are looking for in your products.

If melanin is already there, you can stop the granules from being distributed to the keratinocytes, which is where Niacinamide (which you can learn more about here) is helpful, and the last thing you can do is help shed the melanin-containing keratinocytes quicker through exfoliation, both via retinoids or via chemical or physical exfoliants.

Do you have any tips you want to share in the comments? 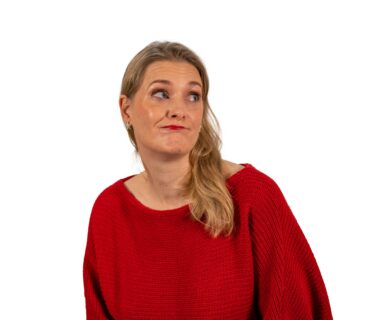