I am a firm advocate of wearing high protection broad spectrum sunscreen every single day of the year, and one of the main arguments people confront me with when this topic comes up is: But what about my Vitamin D levels? Will I get Vitamin D deficiency? How will I know if I am Vitamin D deficient, which symptoms do I need to look out for? And so on and so forth.

Well let’s talk about all that and why sunscreen is probably the least thing you need to worry about!

How is Vitamin D made?

To understand how we get deficient in Vitamin D, we need to understand how Vitamin D gets into the body. Well, there are two ways Vitamin D production starts: One is in the skin and the second is through our gut.
First, the skin pathway: 7-Dehydrocholesterol or provitamin D3 is in our skin and, when UVB rays hit, transforms into Cholecalciferol or Vitamin D3.

This Vitamin D 3 is then bound to Vitamin-D-Binding-Protein and carried off to the liver, where it again gets transformed through an enzyme into 25-OH-D3 or Calcifediol. Calcifediol is again shipped off, this time to the kidneys and with the help of yet another enzyme transformed into 1,25(OH)2-D3 or Calcitriol, which is the biologically active form of Vitamin D.

Now as I briefly touched on Vitamin D 3 and Vitamin D 2 – Vitamin D is actually a family of nutrients, with D 3 being the version that our bodies can utilize the best. You get D 3 mainly from animal sources like fatty fish, yolk, liver or dairy products, while D2 comes from plant sources like mushrooms or things like fortified oats.

Both are fat soluble, meaning that they need fat in your diet to be absorbed best.

(More info: The best foods and supplements for healthy skin)

Why do we get Vitamin D deficient?

Knowing how Vitamin D is produced, it is easy to understand why people get a Vitamin D deficiency: Either they aren’t exposed to enough UVB radiation or they don’t get enough Vitamin D3 from their diet.

Lack of UVB exposure most often roots in the region you live in – the higher the latitude, the bigger your risk, and yes, the UK already counts as risk factor for that – and is of course influenced by the color of your skin. More melanated skin needs more UVB exposure for an equal amount of Vitamin D 3 production.

Then you need to factor in lifestyle factors, like do you ever leave the house during the day or are stuck in an office from sunrise to sunset, but even though that might surprise you: Wearing sunscreen regularly isn’t actually influencing your Vitamin D 3 levels. I have another blog post on that topic already (More info: Vitamin D and sunscreen), but the summary is: No sunscreen blocks 100% of UVB rays, and only a tiny amount is needed to produce Vitamin D 3, and no one really applies sunscreen in a way that covers every single piece of skin. We all miss spots around the hairline, at the ears or simply forget complete areas like the hands, the neck or the decollete. Even under clinical trial circumstances, with frequent reapplication and a defined and measured amount of SPF given to the people, Vitamin D levels were not altered.

So instead of increasing our exposure to a known carcinogen, UV radiation, let’s look at the second reason: Our diet.

With the main source of the ideal form of Vitamin D 3 being from animal parts rich in fat, being vegetarian, vegan or simply eating a fat reduced diet increases your risk for Vitamin D deficiency. Another reason is malabsorption, meaning you don’t transport the nutrients from your gut to the bloodstream even if they are there, for example if you have Crohn’s disease, celiac disease or pancreatic insufficiency. But even if you don’t have any of that and eat a balanced diet including animal protein, the foods rich in D 3 might not be as frequent in your diet as they should be. I mean, I am an omnivore, but I don’t eat much dairy, egg yolk, liver or fat fish over the course of a month, let alone during one day! So if anything puts me at risk for being Vitamin D deficient, it would be my dietary choices and not my sunscreen habits.
It is of course also possible to get Vitamin D deficient through a problem later in the pathway, when you are cirrhotic for example, or suffer from chronic renal failure, but that usually presents with other symptoms first.

What do you need Vitamin D for?

So, why is being Vitamin D deficient a problem? Vitamin D is essential for strong bones as it is needed to absorb Calcium and Phosphate from the gut, and impacts the way they are utilized to build the bone structure – bones can be brittle because they lack substance or because they aren’t built correctly, and Vitamin D influences both. (More info: The main risks to well-aging)

It is also important for muscular strength and for your immune system, but it seems that there is even more. You can find Vitamin D receptors on almost every cell of the body and it is assumed that Vitamin D is part of many important metabolic pathways that form proteins or regulate different genes.

Findings suggest that it might be important for mitigating cardiovascular disease, things like diabetes, but also autoimmune conditions or depression and anxiety due to how it affects serotonin conversion, maybe even certain kinds of cancer, and while all of that is still under investigation, it just in general seems to be something you don’t want to be deficient in.

What are the symptoms of Vitamin D deficiency?

But how do you realize you have a Vitamin D deficiency? Which are the symptoms to look out for? Well, bones that aren’t built correctly, that break at insufficient trauma or that, in younger people, deform under your body weight, are obviously an important pointer. They do appear very late though, and you ideally shouldn’t wait that long.

Muscle weakness and muscle pain might also point in that direction, as do frequent infections, especially from the respiratory tract. What many people do report though as early sign is a form of fatigue that is sometimes described as resembling a depression, not because you are hopeless or even suicidal, but because you completely lack energy and the drive to do something other than rest.

All of them though, with the exception of your bones breaking maybe, are very unspecific symptoms. The same symptoms could be caused by anemia, thyroid problems, mental health issues or even just a period of exhaustion.

I think I am at risk for a Vitamin D deficiency – What now?

While there are no tell-tale signs of Vitamin D deficiency, the main thing I want you to take away from this video is to be aware of your personal risk and the unspecific symptoms it might present with, to understand when you should get your levels checked.
If you are a young person living near the equator spending your days outdoors eating fatty fish, your risk is probably pretty low. If you are a person of color living in the UK trying to eat less fat, or work an office job while being completely plant based, it is something you should consider if you are feeling under the weather.

In a study done on the German population between 2008 and 2011, 41% of the adults showed mild and 15% severe Vitamin D deficiency.

Talk to your doctor about why you think you might be at risk and ask for your Calcitriol levels to be checked – it isn’t part of the regular bloodwork done in a general checkup.

If you are actually deficient, Vitamin D supplementation is the way to address that, alongside considering some dietary changes like switching to fortified foods. Skipping your SPF is NOT recommended. 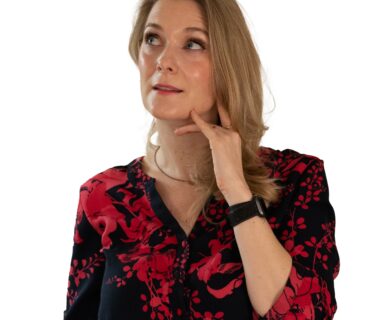